News
This Is Forty: A Look Back at ARC's 40 Years with the People who Have Made it All Possible
Added July 19, 2016 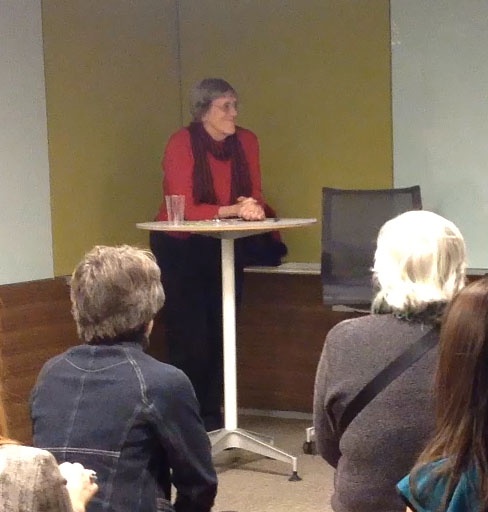 Professor Emeritus Edie Cherry has had a long association with ARC — one that goes back to when she first met John Petronis, who was her student at the University of New Mexico.

At UNM's School of Architecture and Planning, Edie taught design studio, programming, and historic preservation, and held administrative positions. In 1977, she and her husband, Jim See, founded what was then Cherry/See Architects, occupying the same office building as ARC at 220 Gold Avenue SW. In many ways, the two companies grew together (and continue to do so), sharing resources and ideas.

''Over the years, ARC developed a thorough process for assessing facilities, estimating improvement costs, and itemizing capital improvement packages for public and private agencies,'' she says. ''It's saved taxpayers a significant amount of money by pinpointing greatest need and providing transparent project descriptions for voters on public bonds. And, for decades, that process has also benefited the school children of New Mexico and the Southwest by proposing equalized improvements to facilities.'' 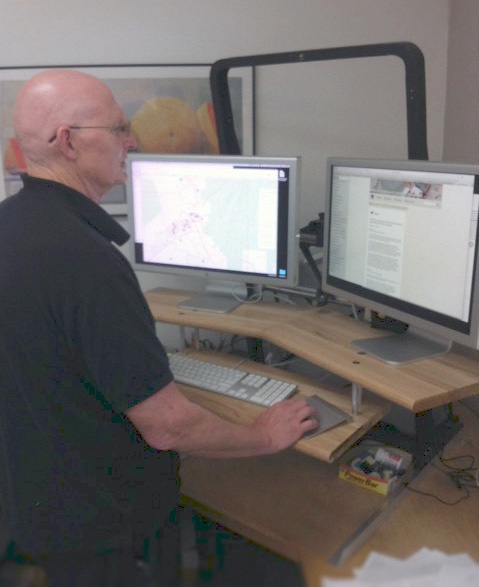 Although Tim began work at ARC as a planner, his subsequent course at the company was anything but planned.

Now, as IT director, Tim's journey at ARC follows the history of technology, Macintosh computers, database technology, and geographic information systems. The technologies have shaped ARC’s work processes; and, in some cases, ARC has actually influenced the development of those technologies.

John Petronis and Tim met in a public budgeting class at UNM in 1985 when Tim was completing his master's degree in public administration. John learned Tim’s undergraduate degree in geography with an emphasis on planning, and asked him to work on a comprehensive plan for the City of Los Alamos with ARC.
ARC's technology was different back then, Tim says. John used a suitcase-sized Compaq portable with a teensy six-inch screen. Staff hand-wrote reports, which a secretary transcribed and typed. They developed tables and charts with pen and ink, press-down patterns and lettering, and Leroy lettering. ARC used an impact printer for its reports and had maps and graphics reproduced by a half-tone screen printer. As ARC grew, all staff worked on Macs that Tim maintained (our in-house ''computer museum'' features samples from ARC's history).

To develop a database system to process capital improvement projects for ARC’s facilities master plan for Albuquerque Public Schools, Tim purchased one of the first-ever shipped FoxBase+ in 1989. He suggested features to the application's developers, and Fox Software soon asked him to beta test its products, giving him early access to updates and new versions. The features that Tim helped to develop were cutting edge at the time; so much so, they caught Microsoft's attention. The software giant bought FoxBase+ in 1992. In 2000, ARC advanced to web-based applications, but we use FoxPro for certain tasks to this day.

Around 1990, Tim discovered MapInfo, a geographic information systems application to replace ARC's hand-drawn maps. ARC became a beta site for MapInfo, and then a reseller for the New Mexico and west Texas region until 1994. Because of the relationship Tim had with the company, his staff helped create the company's first MapInfo-to-ARCinfo/ARCinfo-to-MapInfo migration tools.

Tim took a sabbatical in Madrid, Spain, returning to ARC with knowledge of Linux and open source software. He developed web-based applications using the LAMP open-source web development platform for ARC. His applications automated some of our office functions, consolidated facility evaluating and editing tasks into a web-based tool, and provided a variety of uses for staff and clients.

Tim continues to oversee ARC’s use of state-of-the-art technology through his ability to research and learn on the job, and keep abreast of information technology.